If you are a regular on social media or follow the news, chances are you’ve come across a supposedly true story. Not that it’s totally unbelievable, it’s actually quite relatable, but with people’s obsession about going viral these days, sometimes it’s hard to tell whether a narrative is true or not. The story is about Caelie, a stay-at-home mom, and one of her precious succulents. According to Caelie, she had been taking good care of her “full, beautiful coloring…perfect plant” since she got it. She made sure that she alone watered it according to a strict plan. She even wiped its leaves so it would stay looking alive and well. However, upon transplanting it to a larger container, two years later, she made a shocking discovery. She noticed it was glued to a sand-topped piece of styrofoam. Yep, it turns out that her favorite ornamental plant was a fake. It was plastic!

A very disappointed Caelie says, “I feel like these last two years have been a lie.” Now, you may have nodded your head or even chuckled after reading this seemingly ridiculous story which, of course, went viral and has been mentioned in various TV shows. And yes, many people have either called her bluff, mocked her, and even blamed her for being so naive, especially since she claims to be a plant lover. But to her defense, I too was almost fooled when I came across a plastic succulent in a nearby Dollar Tree store. It looked and felt so amazingly real! Since it was selling for just a dollar, I obviously had my doubts. So, I pinched one of the leaves with my fingernail to see if that would actually cut it. It did not, but I still bought it. The only extra work I put into my fake succulent was arranging it on a ceramic mug filled with small rocks. It now serves as a decorative piece on our dining room’s coffee serving table. And yes, some have thought it was real.

Whether true or not, Caelie’s story is a perfect example of being taken for a fool. Finding out that one has been deceived after investing time, effort, and resources on something (or someone) can be truly devastating. Even if it’s discovering that you were watering a fake plant for years!

Many have been scammed out of hard-earned money because they have been fooled into buying imitation products or contribute to some bogus cause. Others have suffered greatly because infidelity has not only broken their hearts/dreams but also branded them a fool. And while some of these disappointments could have been prevented by simply exercising some due diligence, others were impossible to foresee because the perpetrator used extremely good/convincing tactics.

Yet, there hasn’t been nor will there ever be greater deceit in the world than that which the Devil has bestowed upon humanity. And it all started when he fooled man into believing that he could have the same wisdom as God, thereby becoming like God himself. Hence, man’s greatest aspiration has always been knowledge and power. The very same things that have caused him to be a victim of falsehood, selfishness, and violence. 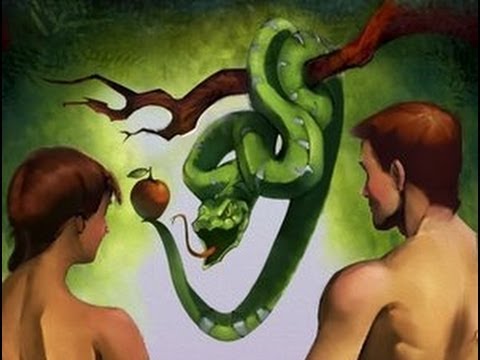 Today Satan is still fooling people by making them believe they don’t need to be accountable to anyone but themselves and that they can achieve superiority through intellect, social status, popularity, and even physical appearance. He even uses religion to fool people into a false sense of righteousness.

But one cannot truly blame non-believers and to some degree bible illiterate Christians for falling prey to the Devil’s deceitful schemes. The Word of God says that he masquerades himself as an angel of light and that false teachers (under his control) will perform signs so powerful that if it were possible even true believers would be fooled. The Bible also makes it clear that the world cannot see the truth of the Gospel on their own because they are living in spiritual darkness. That is why they need someone to tell them and teach them the truth, but most importantly, declare it to them by living it!

“You are to open their eyes and turn them from the darkness to the light and from the power of Satan to God, so that through their faith in me they will have their sins forgiven and receive their place among God’s chosen people.” -Acts 26:18 GNT

The world is full of supposedly religious/righteous people whose dubious lifestyle leaves much to be desired.  That is why it is difficult for unbelievers to witness the real thing. When true followers of Jesus Christ genuinely commit to knowing, loving, and serving Him, they serve as a model of what sincere relational Christianity is versus hypocritical religiosity.

It is said that the best way to identify counterfeit currency is to be thoroughly familiar with the characteristics of real money. Similarly, in order to recognize counterfeit (false) religion and the even the promises this world offers, one must personally and intimately know the true God of all creation. And this God has made himself knowable in the person of Jesus Christ and through His holy word.

So, in a world plagued by scams, fraud, imitation products, artificial landscapes, cosmetic cover-ups, and fake news, commit to knowing Jesus and His word. Only then will you be able to avoid being fooled and help others to do the same.

Maybe Caeile just needed to get a little more educated on the characteristics of real succulents in order to avoid being fooled by what turned out to be a fake plant. Perhaps it would have also helped if she had done my fingernail pinching test.

According to ambius.com, “…indoor house plants last 2-5 years. After that, plants stop thriving and it’s best to invest in another plant.” However, if you have a green thumb you will most likely agree with Don Kinzler, a lifelong gardener and horticulturist, who says that “With proper care, houseplants can practically outlive us.” You don’t have to be an expert to know that plants require love (time, attention, effort) in order to survive and thrive. For those hoping to support a live houseplant, a succulent is a good place to start, as they’re relatively hearty. Their most common downfall: overwatering. Soak the roots and then let them dry out, suggests Sunset magazine. Because their roots tend to rot if they sit in water, be sure to include drainage at the bottom of any planter.

“The god of this age has blinded the minds of unbelievers so that they cannot see the light of the gospel that displays the glory of Christ, who is the image of God.” – 2 Corinthians 4:4 RSV

“You will not surely die,” the serpent told her. “For God knows that in the day you eat of it, your eyes will be opened and you will be like God, knowing good and evil.” – Genesis 3:4-5 NIV

“Well, no wonder! Even Satan can disguise himself to look like an angel of light!’ -2 Corinthians 11:14 GNT

“For false messiahs and false prophets will rise up and perform great signs and wonders so as to deceive, if possible, even God’s chosen ones.” – Matthew 24:24 NIV

“Satan, who is the god of this world, has blinded the minds of those who don’t believe. They are unable to see the glorious light of the Good News. They don’t understand this message about the glory of Christ, who is the exact likeness of God.” -2 Corinthians 4:4 NLT