of·fend·ed   /əˈfendəd/  (adjective)
resentful or annoyed, typically as a result of a perceived insult.
hurt     /hərt/   (verb)
to cause bodily or mental pain or distress.
.

.
Over and over again we see news segments, social media posts, and articles that accuse anyone who opposes or even disagrees with the liberal agenda of being intolerant, oppressive, and hateful. But liberals are not the only ones who feel attacked by those who disagree with them. How many of us (Christians and Conservatives), at one time or another, have been hurt or offended by those who oppose and verbally assault our faith and moral stand? Perhaps you or someone you know is also among those who feel compelled to fight back by equally pointing out the Lefts’ intolerance, oppression, and hateful retaliation. Yes, the Word of God does encourage us to contend for the faith (Jude 1:3), but unless it is unequivocally the Holy Spirit leading you to respond to opposition, then you are just satisfying a self-serving mission, especially if it’s done with disdain and with the intention of getting even. 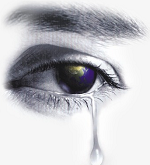 Unless the Lord calls you, it’s just a self-served mission.

While I do see more offensive backlash from the Liberal Left against the Conservative Right, the truth is that people from both political spectrums are regularly attacking each other. While this is to be expected in a morally declining world ruled by imperfect (selfish, rebellious, prideful) mortals, the surprisingly sad part is that among them are many who profess to be followers of Jesus Christ. And what’s even sadder is that they adopt the same hostile tactics they condemn. Perhaps they need to be reminded regularly that opposition from the world is inevitable and that facing persecution, whether verbal and/or physical, is part of the price one must pay for living in obedience to God’s word and not the status quo.

You will be hated by everyone on account of My name… – Matthew 10:22

Then you will be arrested, persecuted, and killed. You will be hated all over the world because you are my followers. – Matthew 24:9

Responding to other people’s wickedness with a judgemental, condemning, and belligerent attitude is completely unbiblical! On the contrary, we are commanded to love and bless those who hate and wrong us. We are also reminded that it’s God’s job, not ours, to judge the world and that Jesus did not come to condemn the world, but to save it. Read my first W-T-P post “Speak Kindly or Stay Silent.”

Bless those who curse you. Pray for those who hurt you. – Luke 6:28

For God did not send his Son into the world to condemn the world, but to save the world through him. – John 3:17

So, how should we respond to those who blatantly insult us for the faith and principles we profess and live by? We should hurt FOR them instead of being hurt BY them and we should definitely NEVER retaliate by hurting them back! In other words, we should be bothered more by their spiritual condition/blindness than by their inevitable sinful actions, even if they are directed towards us. And before we decide to “expose their evil deeds of darkness” (Eph. 5:11), we need to ask the Holy Spirit to lead us. We should never respond to a zealous impulse without prayer no matter how godly it may feel. Remember, many unscriptural and rather ungodly acts have been committed in the name of God and religion.

Do not be overcome by evil, but overcome evil with good. – Romans 12:21

When he [Jesus] saw the crowds, he had compassion on them because they were confused and helpless, like sheep without a shepherd. – Matthew 9:36

But in your hearts revere Christ as Lord. Always be prepared to give an answer to everyone who asks you to give the reason for the hope that you have. But do this with gentleness and respect. – 1 Peter 3:15

Unless you were brought up in the Gospel and never experienced a care-free life of sin, just remember the miry clay you came out from and how ignorant you once were of God’s transforming love. Perhaps there was a time when you too mocked and cursed those you regarded as religious bigots. But even if you never did that, remember also that as new creations in Christ, we are commanded to give freely what we have freely received. And what we have been freely given is the unmerited mercy and favor of God, which have delivered us from what we duly deserved as sinners. So, who are we to withhold such grace from those we deem unworthy when the truth is that we weren’t, aren’t, and never will be worthy of it ourselves!

Freely you have received; freely give. Matthew 10:8

But to each one of us grace was given according to the measure of Christ’s gift. – Ephesians 4:7

But God shows his love for us in that while we were still sinners, Christ died for us. Romans 5:8

Instead of just being appalled and disgusted by the lustful and depraved actions of those lost in sin, we should be earnestly praying for, loving, and reaching out to them. Isn’t that what Jesus did?

Instead of retaliating against those who blaspheme God and attack our faith, we should plea God’s mercy upon them. Isn’t that what Jesus did? And instead of being quick to condemn the wicked, why don’t we ask God for opportunities to offer them the grace that was poured out at Calvary’s Cross?

Perhaps if God would allow us to look into some people’s past (pre-adult life) it would explain why they have such rebellious and ungodly spirits. This is why we need to learn to empathize instead of criticize. Doing so would actually help us to better pray for them and could even open a door for a life-transforming encounter. If we start looking at those who are submerged in a life of sin like Jesus does, we will soon realize that we too were once drowning and STILL would be had it not been for God’s non-condemning love, unfathomable mercy, and unmerited grace.

Unfortunately, the bad news is that until Christ establishes His earthly kingdom, there will be evil in the world (animosity, hatred, injustice, etc.) and there will be those who will unknowingly continue to carry out the work of the Devil. But the Good News is that for that very same reason Jesus came. His mission was to deliver humanity from the chains of sin and the penalty thereof (eternal damnation) and offer it the salvation of God (eternal life/freedom).

The Spirit of the Lord is on me, because he has anointed me to proclaim good news to the poor. He has sent me to proclaim freedom for the prisoners and recovery of sight for the blind, to set the oppressed free. – Luke 4:18

And the seventh angel sounded; and there were great voices in heaven, saying, The kingdoms of this world are become the kingdoms of our Lord, and of his Christ; and he shall reign for ever and ever. – Revelations 11:15

And in case you forgot, He rescued you and me so that we could share that Good News with the world. With that in mind and heart, let us try to hurt for the lost for a change instead of being hurt by them. The only time it was about us is when Jesus died on the cross. After we accepted His redemptive work, it became all about Him and those who still do not know Him as personal Savior.

OK, I know exactly what your first reaction was when you read this. I too would raise my eyebrows or frown if I saw an article/blog post with that title, especially if I knew it was written by a professed Christian who is also a Minister of the Gospel. Did it catch your attention? If […]

We all have faith, whether in something or in someone. Even non-believers (including atheists) live exercising faith on a daily basis. Some refer to it as positive anticipation, confidence, optimism, or even calculated expectation. The dictionary defines faith as “complete trust in something or someone” and “strong belief in God…based on spiritual apprehension rather than […]

Hurt For, Not By

of·fend·ed   /əˈfendəd/  (adjective) resentful or annoyed, typically as a result of a perceived insult. hurt     /hərt/   (verb)   to cause bodily or mental pain or distress. . . Over and over again we see news segments, social media posts, and articles that accuse anyone who opposes or even disagrees with the liberal agenda of being […]

Most likely you or someone you know has occasionally used these two words in a conversation, “THEY say…”. I hear them frequently in our home and I would be lying if I said that I’ve never used them myself, but cross my heart, my better half beats me to it. Like with most people, when […]

SHS Masks Are By Far The Best!

If you are truly concerned about COVID-19 and/or live in a region where face masks are required, I am sure that by now you own and wear one when in public. Within a few weeks, the company I work for gave out 5 different kinds of masks. All in an effort to help people stay […] 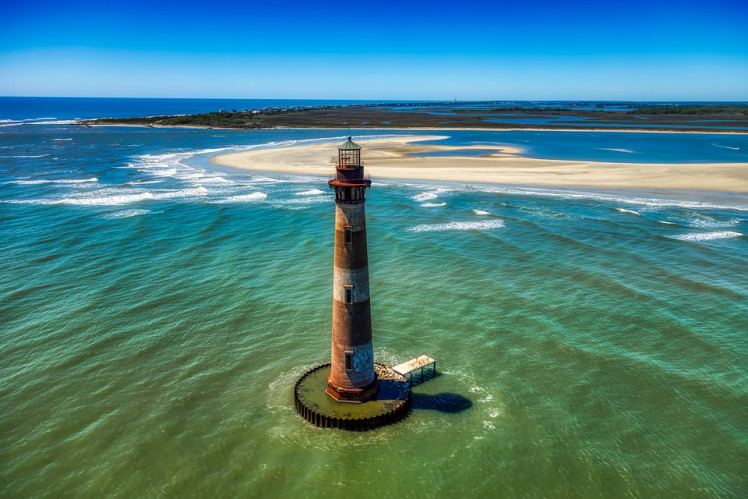